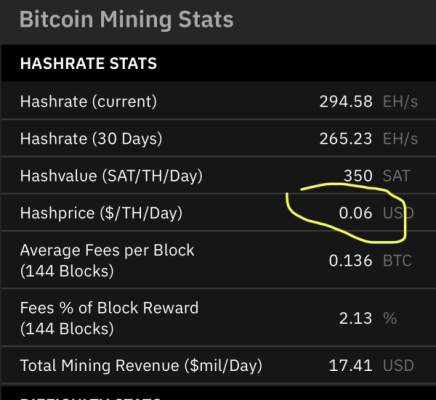 The ongoing market slump caused by the FTX fallout hasn’t left Bitcoin miners unscathed. The market has seen the biggest one-day miner selling pressure since January 2021, and data analyzed by CryptoSlate shows that the selling pressure shows no signs of stopping.

The addition of tens of thousands of new ASIC miners to the market in the past year put even the largest mining operations deep in the red, with few expecting such a sharp increase in hash price.

This increase in mining costs and drop in profitability pushed miners to sell their Bitcoin holdings. There has been a vertical drop in the balance in miner wallets since the beginning of November, reaching a low recorded in January 2021.

The net position change in miner holdings perfectly correlates with the vertical drop in Bitcoin’s price. With energy prices expected to increase throughout the winter and no end in sight to the ongoing bear market, we could see a wave of unprofitable miners shutting down their operations.